Drug firm Zydus Cadila on Friday said it has received approval from the US health regulator to market generic drug Cariprazine capsules, which are used in the treatment of schizophrenia.

The company’s subsidiary has received tentative approval from the US Food and Drug Administration (USFDA) for Cariprazine capsules in the strengths of 1.5 mg, 3 mg and 4.5 mg, and 6 mg, the drug firm said in a statement.

Cariprazine is an atypical antipsychotic medication used for the treatment of schizophrenia and acute treatment of manic or mixed episodes associated with bipolar disorder.

The drug production will be done at the group’s formulation manufacturing facility in the Special Economic Zone (SEZ), Ahmedabad.

The group now has 325 approvals and has so far filed over 400 ANDAs (Abbreviated New Drug Applications) since the commencement of the filing process in FY 2003-04, the drug maker noted. 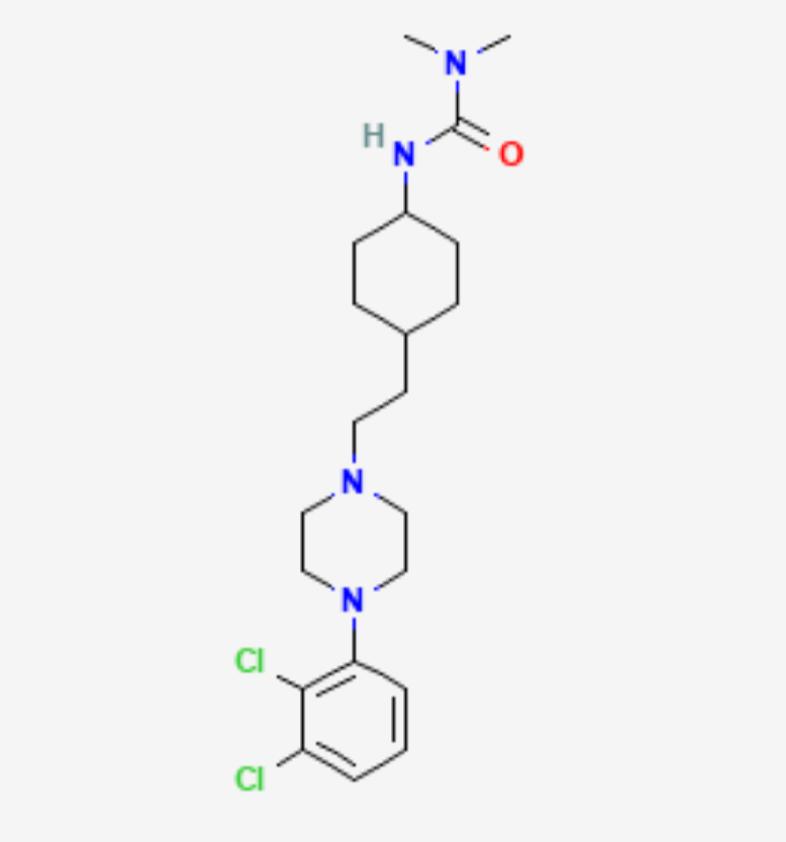 It is an atypical antipsychotic which is used in the treatment of schizophrenia, bipolar mania, and bipolar depression.  It acts primarily as a D3 receptor and D2 receptor partial agonist, with high selectivity for the D3 receptor. Positive Phase III study results were published for schizophrenia and mania in early 2012, and for bipolar disorder I depression from a Phase II trial in 2015. It is also potentially useful as an add-on therapy in major depressive disorder.

Cariprazine is used to treat schizophrenia and manic or mixed episodes, and depressive episodes associated with bipolar I disorder. Cariprazine consistently improved depressive symptoms across a spectrum of patients with bipolar I depression, and has been considered an effective and well tolerated treatment for the condition.

Side effects may first appear on the first day after starting Cariprazine.  The most prevalent side effects for cariprazine include akathisia, and insomnia. Cariprazine does not appear to impact prolactin levels, and unlike many other antipsychotics, does not increase the QT interval on the electrocardiogram (ECG). In short term clinical trials extrapyramidal effects, sedation, akathisia, nausea, dizziness, vomiting, anxiety, and constipation were observed. One review characterized the frequency of these events as “not greatly different from that seen in patient treated with placebo” but a second called the incidence of movement-related disorders “rather high”. 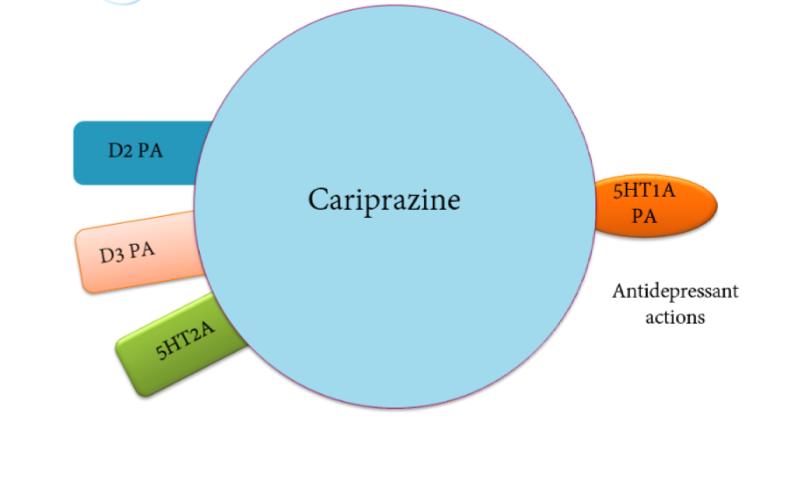 Mechanism of Action of Cariprazine

In the same studies, Cariprazine has been noted to produce pro-cognitive effects, the mechanisms of which are currently under investigation. An example of pro-cognitive effects occurred in pre-clinical trials with rats: rats with Cariprazine performed better in a scopolamine-induced learning impairment paradigm in a water labyrinth test. This may be due to the selective antagonist nature of D3 receptors, though further studies need to be conducted. This result could be very useful for schizophrenia, as one of the symptoms includes cognitive deficits.

It has been investigated as a potential adjunct in treatment-resistant major depressive disorder.