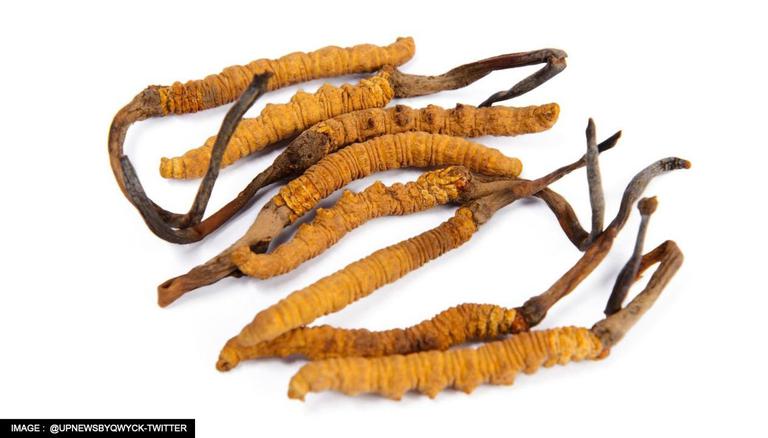 Synopsis– The chemotherapy has been developed from a molecule found in Himalayan caterpillar fungus and is still in the experimental testing stages.

A new industry-academic partnership between the University of Oxford and biopharmaceutical company NuCana as found that chemotherapy drug NUC-7738, derived from a Himalayan fungus, has 40 times greater potency for killing cancer cells than its parent compound.

A new kind of chemotherapy derived from a molecule found in a Himalayan fungus has been revealed as a potent anti-cancer agent, and may in the future provide a new treatment option for patients with cancer.

Oxford University researchers have worked in collaboration with industry leaders NuCana to assess a novel chemotherapy drug derived from a fungus. A study in Clinical Cancer Research has shown that the new drug NUC-7738, developed by NuCana, has a up to 40 times greater potency for killing cancer cells than its parent compound, with limited toxic side effects.

NUC-7738, Cordycepin and their utilities

The naturally-occurring nucleoside analogue known as Cordycepin (a.k.a 3’-deoxyadenosine) is found in the Himalayan fungus Cordyceps sinensis and has been used in traditional Chinese medicine for hundreds of years to treat cancers and other inflammatory diseases. However, it breaks down quickly in the blood stream, so a minimal amount of cancer-destroying drug is delivered to the tumour. In order to improve its potency and clinically assess its applications as a cancer drug, biopharmaceutical company NuCana has developed Cordycepin into a clinical therapy, using their novel ProTide technology, to create a chemotherapy drug with dramatically improved efficacy.

Once inside the body, Cordycepin requires transport into cancer cells by a nucleoside transporter (hENT1), it must be converted to the active anti-cancer metabolite, known as 3’-dATP, by a phosphorylating enzyme (ADK), and it is rapidly broken down in the blood by an enzyme called ADA. Together, these resistance mechanisms associated with transport, activation and breakdown result in insufficient delivery of anti-cancer metabolite to the tumour.  NuCana have utilized novel ProTide technology to design a therapy that can bypass these resistance mechanisms and generate high levels of the active anti-cancer metabolite, 3’-dATP, inside cancer cells.

ProTide technology is a novel approach for delivering chemotherapy drugs into cancer cells. It works by attaching small chemical groups to nucleoside analogues like Cordycepin, which are then later metabolized once it has reached the patient’s cancer cells, releasing the activated drug. This technology has already been successfully used in the FDA approved antiviral drugs Remsidivir and Sofusbuvir to treat different viral infections such as Hepatitis C, Ebola and COVID-19.

The results of the study published in Clinical Cancer Research suggest that by overcoming key cancer resistance mechanisms, NUC-7738 has greater cytotoxic activity than Cordycepin against a range of cancer cells.

Oxford researchers and their collaborators in Edinburgh and Newcastle are now assessing NUC-7738 in the Phase 1 clinical trial NuTide:701, which tests the drug in patients with advanced solid tumours that were resistant to conventional treatment. Early results from the trial have shown that NUC-7738 is well tolerated by patients and shows encouraging signs of anti-cancer activity.

So far, weekly escalating doses of NUC-7738 given to this cohort have been tolerated well by the patients, who have shown “encouraging signals of anti-tumor activity and prolonged disease stabilization”, the researchers report in their paper.

These findings provide proof of concept that NUC-7738 overcomes the cancer resistance mechanisms that limit the activity of 3′-dA and support the further clinical evaluation of NUC-7738 as a novel cancer treatment.”

While it’s certainly a promising start, it will still be some time before NUC-7738 becomes available to patients outside the trial.

Trials and their results

So far, the subjects of the research have responded well to the weekly escalating doses of NUC-7738, reported Science Alert. In their findings published in the Clinical Cancer Research stated that although it is a bit early, further clinical evaluation on the anti-cancer capabilities of NUC-7738 will play a significant role in developing the treatment for cancer.

Planning is currently underway for Phase 2 of the trial, once the safety of the drug has been more thoroughly demonstrated, and once the recommended regimen for Phase 2 patients has been identified.

It is an entomopathogenic fungus (a fungus that grows on insects) in the family Ophiocordycipitaceae. It is mainly found in the meadows above 3,500 meters (11,483 feet) on Tibetan Plateau in Southwest China and Himalayan regions of Bhutan and Nepal. It parasitizes larvae of ghost moths and produces a fruiting body which used to be valued as a herbal remedy and in traditional Chinese medicine. Caterpillar fungus contains the compound Cordycepin, an adenosine derivative. However, the fruiting bodies harvested in nature usually contain high amounts of arsenic and other heavy metals so they are potentially toxic and sales have been strictly regulated by the CFDA (China Food and Drug Administration) since 2016

O.sinensis parasitizes the larvae of moths within the family Hepialidae, specifically genera found on the Tibetan Plateau and in the Himalayas, between elevations of 3000 m and 5000 m. The fungus germinates in the living larva, kills and mummifies it, and then a dark brown stalk-like fruiting body which is a few centimeters long emerges from the corpse and stands upright.