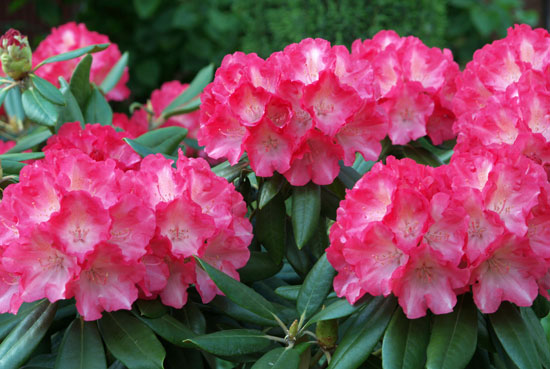 Researchers from the Indian Institute of Technology (IIT) Mandi and The International Centre for Genetic Engineering and Biotechnology (ICGEB), New Delhi, have identified phytochemicals in the petals of a Himalayan plant that could potentially be used to treat COVID-19 infections, IIT Mandi said in a statement.

It said that the findings of the research team have been recently published in the journal Biomolecular Structure and Dynamics.

Speaking in this regard, Dr Shyam Kumar Masakapalli, Associate Professor, BioX Centre, School of Basic Science, IIT Mandi, said, “Among the different types of therapeutic agents being studied, phytochemicals – chemicals derived from plants – are considered particularly promising because of their synergistic activity and natural source with fewer toxicity issues. We are hunting for promising molecules from the Himalayan flora using multi-disciplinary approaches.”

The petals of the Himalayan Buransh plant, scientifically called Rhododendron arboreum, are consumed in various forms by the local population for its varied health benefits. The scientists from IIT Mandi and ICGEB set out to scientifically test the extracts containing various phytochemicals in it, with particular focus on antiviral activity. The researchers extracted the phytochemicals from the Buransh petals and performed biochemical assays and computational simulation studies to understand their antiviral properties, added the statement.

Dr Ranjan Nanda, Translational Health Group, International Centre for Genetic Engineering and Biotechnology, New Delhi, said, “We have profiled and investigated the phytochemicals of Rhododendron arboreum petals sourced from Himalayan flora and have found it to be a promising candidate against the COVID virus.”

The statement notified that hot water extracts from these petals were found to be rich in quinic acid and its derivatives. Molecular dynamics studies showed that these phytochemicals have two kinds of effects against the virus.. They bound to the main protease – an enzyme that plays an important role in viral replication – and to the Human Angiotensin-Converting Enzyme-2 (ACE2) that mediates viral entry into the host cells.

The researchers also showed through experimental assays that non-toxic doses of the petal extracts can inhibit COVID infection in Vero E6 cells (cells derived from kidney of an African green monkey that are commonly used to study infectivity of virus and bacteria), without any adverse effects on the cells themselves, it further mentioned.

Dr Sujatha Sunil, Vector Borne Disease Group, International Centre for Genetic Engineering and Biotechnology, New Delhi, said, “A combination of the phytochemical profiling, computer simulations and in-vitro antiviral assays showed that the extracts from the Buransh petals inhibited the replication of the COVID-19 virus in a dose-dependent manner.”

The findings support the urgent need for further scientific studies aimed at finding specific bioactive drug candidates from R arboreum, in vivo and clinical trials against COVID-19. The research team also plans to carry out additional studies to understand the precise mechanism of inhibition of COVID-19 replication by specific phytochemicals from Buransh petals, the statement concluded.

Rhododendron arboreum, the tree rhododendron is an evergreen shrub or small tree with a showy display of bright red flowers. It is found in Bhutan, China, India, Myanmar, Nepal, Sri Lanka, Pakistan and Thailand. It is the national flower of Nepal. In India it is the state tree of Uttarakhand and state flower of Nagaland.

Its specific epithet means “tending to be woody or growing in a tree-like form”. It has been recorded as reaching heights of 20 m (66 ft), though more usually 12 m (39 ft) tall and broad. This plant holds the Guinness Record for World’s Largest Rhododendron. The tree discovered in 1993 at Mount Japfu in Kohima district of Nagaland, India, holds the Guinness Record for the tallest Rhododendron at 108 ft measured at the time of discovery which is still growing.

Gilead withdraws use of Zydelig to treat cancer