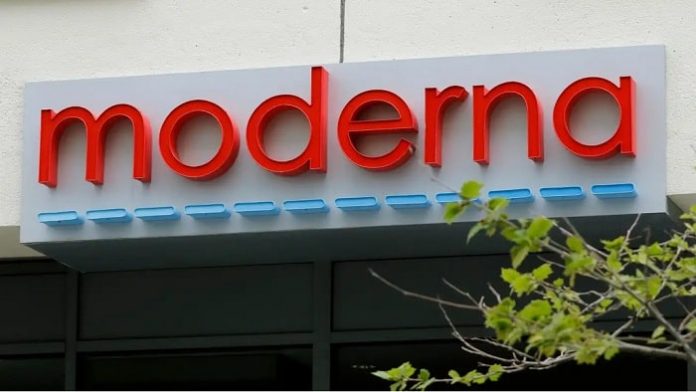 Moderna only has a single marketed product, but it’s a blockbuster, for now at least. That product is the company’s mRNA vaccine against COVID-19, dubbed Spikevax. In today’s fourth-quarter 2021 annual report, the company announced $7.2 billion in fourth-quarter revenues and full-year 2021 revenues of $18.5 billion.

Moderna also indicated it had increased its signed advance purchase deals for this year, totaling $19 billion, with options for another $3 billion.

“Spikevax is now approved in more than 70 countries around the world protecting hundreds of millions of people and real-world evidence from multiple independent studies has confirmed its strong effectiveness,” Chief Executive Officer Stephane Bancel stated.

He added, “In 2021, we delivered 807 million doses with approximately 25% of those doses going to low- and middle-income countries, and we will continue to scale in 2022 to help end the COVID-19 pandemic. Moderna has experienced exponential growth and we have more than doubled the size of our team over the last year with a global team of 3,000. We also have announced plans to scale to 21 commercial subsidiaries across the world including four new locations in Asia and six new locations in Europe.”

Although the vaccine is the tip of the spear, the company has 44 mRNA programs in development with data readouts this year in rare genetic diseases and oncology. This is probably good because it’s not clear to Moderna or the rest of the world how long the pandemic will last or how great the need for vaccines will be year-over-year.

Bancel recently told CNBC, “We believe there’s a high probability that we’re moving into an endemic setting. We should still be cautious because as we’ve seen with Delta, which came after Alpha and was more virulent, [it] is always possible to get the more virulent variant of course.”

To date, mRNA therapies have only been approved for COVID-19 vaccines, but their potential goes beyond vaccines and infectious diseases. Moderna announced a new checkpoint cancer vaccine (mRNA-4359) and that it had regained all rights to mutant KRAS vaccine (mRNA-5671) from Merck. It also has mRNA therapies in development for rare diseases, having enrolled the first cohort in Phase I/II Paramount trial of mRNA-3927 for propionic acidemia, and in the first cohort of Phase I/II Landmark study of mRNA-3705 for methylmalonic acidemia.

The fourth quarter’s sales cost was $952 million, or 14% of product sales, including $241 million in third-party royalties. Research and development expenses were $648 for the quarter compared to $759 for the same period in 2020. Selling, General and Administrative Expenses were $201 million for the quarter, significantly up from the $79 million figure in the fourth quarter of 2020, primarily driven by the commercialization of Spikevax.

For the full year, the cost of sales was $2.6 billion, or 15% of product sales, with third-party royalties of $641 million. Research and Development costs for the year were $2 billion, SG&A expenses were $567 million and the effective tax rate was 8.1% for the full year. Net income was $12.2 billion and EPS was $28.29 for the whole year. The company reports cash, cash equivalents and investments of $17.6 billion.