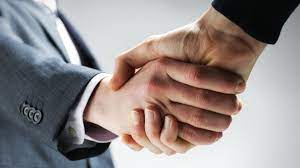 Bristol Myers Squibb and Merck KGaA are diving deeper into the protein degradation pool, with both inking partnerships with Amphista Therapeutics that together could bring in $2.3 billion for the British biotech.

Both big pharma companies will seek to leverage Amphista’s proprietary Eclipsys targeted protein degradation platform to develop novel protein degrading therapeutics. Targeted protein degradation (TPD) therapies are designed to remove pathogenic protein from the body in order to potentially access disease targets that have been considered “undruggable.” Amphista’s technology has been designed to develop next-generation TPD therapeutics based on advanced mechanistic insights and novel chemistry approaches that enable the development of novel protein degrading therapeutics. Rather than rely on the narrow set of ubiquitin E3 ligase-based mechanisms used in TPDs being developed by some other companies, Amphista’s approach makes use of a wider range of the body’s own innate protein degrading proteins. The company believes this overcomes the limitations of current TPD approaches and also provides the opportunity to target a wider range of disease indications.

Where Amphista hopes to make an impact is in how these proteins are marked for destruction.  Much of targeted protein degradation now focuses on finding a particular ligase that can attach to proteins and bring them within proximity of the proteasome.

“We took more of a chemistry-led approach to identify molecules that could interact with what we like to think of as druggable nodes of the machinery,” Thompson said.

The CEO believes taking a broader approach will not only maximize the number of indications but improve efficacy. Amphista’s platform also has potential to target the central nervous system, Thompson added.

To Speed up R&D, GSK Announces an Expanded Partnership with Tempus in Precision Medicine.