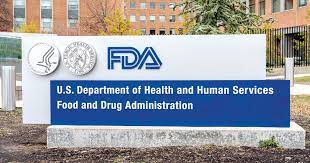 Peter Pitts, a former FDA associate commissioner and president of the Center for Medicine in the Public Interest, discusses the implications of Robert Califf’s appointment to lead the FDA on the future of the agency’s review system.

Pharmacy Times interviewed Peter Pitts, a former FDA associate commissioner, president of the Center for Medicine in the Public Interest, visiting professor at the University of Paris School of Medicine, and author of the new book The Next Normal, on the implications of Robert Califf’s appointment to lead the FDA on the agency’s review system for drug applications. Pitts specifically discussed the potential for advancing the accelerated approval pathway for drug applications.

During the interview, Pitts addressed whether Califf’s position on the accelerated approval pathway would impact policy or influence the number of selected candidates for the pathway during his term. Pitts noted that during Califf’s confirmation hearings, he received a lot of questions on this topic in particular.

“Senator Ron Wyden sent him a letter asking him to specifically discuss his views on moving forward on accelerated approval, cleaning it up, and doing it better, and Rob sent a relatively brief response,” Pitts said. “The gist of it was the FDA can always do better. Accelerated approval is going to remain an important tool in the FDA’s arsenal to advance the American Public Health and, rather than slowing down the use of the program, he’s going to use it more wisely.”